Sterling Vault was founded by C. H. Reiske and his son Henry H “Heinie” Reiske in June of 1933. They operated as a partnership under the name Wilbert Vault Company in Sterling, IL.
On July 1, 1959, the business was sold to Lawrence W. Carson and Ivan D. Rose, who operated the business as Wilbert Vault Co.
On September 1, 1962, the business was incorporated under the name Sterling Wilbert Vault Co. with Ivan D. Rose acting as day to day management.
Michael Banks started working at the company in the summer of 1978 and soon after took over the day to day management.
Read more

In 1984 Sterling Vault was one of the first Wilbert Vault companies to install a cremation unit to service the funeral directors. On September 8, 1986, Kathy and Michael Banks purchased the company from Ivan D. Rose.
On October 28, 1987, a new Wilbert Vault company - Northern Illinois Vault Co  was formed in Belvidere, IL. This Company provides burial vaults, graveside services and cremation service for funeral directors in the Northern part of Illinois.
In 2012 Gregory M. Banks was promoted to Vice President of  both companies.
On July 11, 2014 Gregory and Michael Banks purchased the Wilbert Vault Company in Milan, IL. and changed the name to Quad Cities Concrete Products.
The Banks have a passion for very high level of quality products and service. Working closely with the funeral homes they serve, they have developed products and service standards which have impacted the Wilbert organization consisting of almost 200 vault plants nationwide and in Canada. 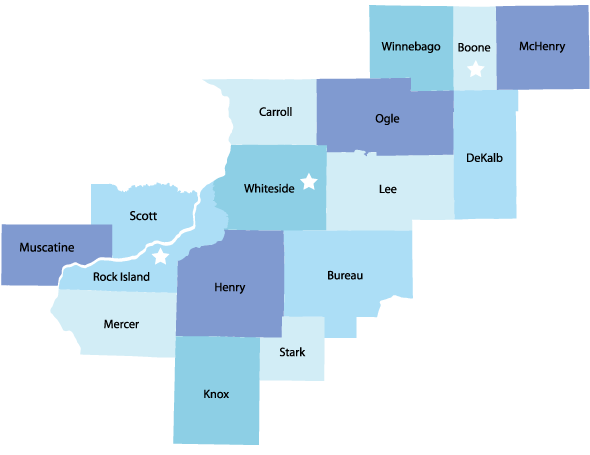 Contact us to learn more about Sterling Vault or to request a schedule of the upcoming continuing education classes for funeral professionals.

When a hero falls, Wilbert is there.

Our “Commemorating First Responders” program provides families of firefighters, law enforcement officers and emergency medical personnel who have died in the line of duty with a tribute worthy of their valor and sacrifice.

At no charge to the family, Wilbert and our licensees donate a customized Wilbert Stainless Steel Triune® burial vault. If the choice is cremation, we offer a selection of four urns, as well as a Stainless Steel Triune urn vault for memorial tribute. If permitted, a WilbertWay® graveside service may also be included.

Join us as we help families honor heroic lives, sacrificed in valiant service to neighbor and community.